Checking out the package.json file... 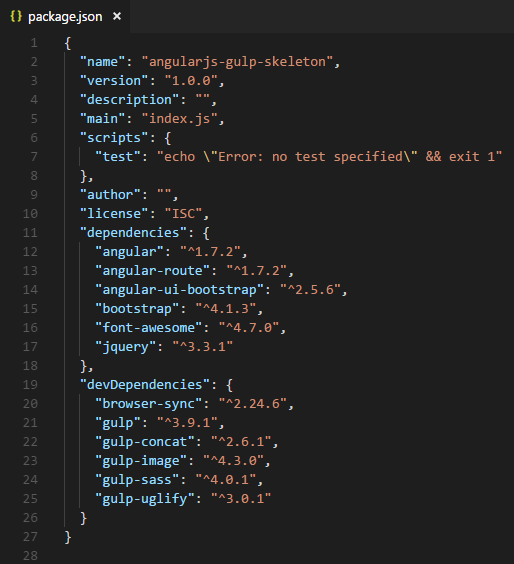 Now let's create some folders. Basically, this is how my project structure will be. 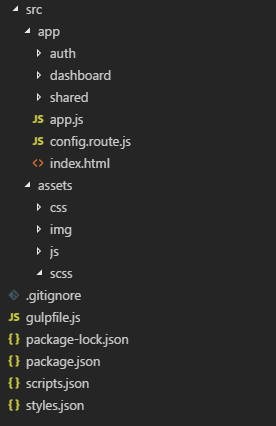 You can create your own structure and then configure gulpfile.js according to it.

Basically, Gulp will run five tasks named as "css", "js", "image", "fonts" and "html" when running "build" task. Each of those has its own declaration block in gulpfile. Notice that this is a pretty simple configuration.

Final Step
Well, it's time to run the project!!!

One thought on “AngularJS + Gulp Skeleton”